With the new Windows Phone Tango update, Microsoft has laid new guidelines that will allow the mobile phone manufactures to make less-spec demanding and thus cheap phones that will target the low-end market. In fact, we are already seeing windows phone with these specs – Lumia 610 and ZTE Orbit, both of which feature just 256MB RAM. Find out more about Tango in this short to-the-point review. 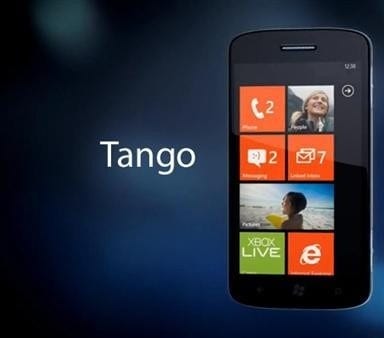 The Windows Phone Tango update removes certain features that were present in the high end windows phones, however, in our quick hands on with the Nokia Lumia 610, we really did not notice any difference in the performance department. There is no lag whatsoever and I could not notice any speed difference between my HTC Mozart with Mango and Lumia 610 with Tango.

Let us talk about new features.  The messaging app now allows you to add voice notes to the messages. Of course, it still handles images and video easily.

One feature that is removed from budget Tango phones is that background apps would not workas Microsoft thinks that low RAM and low processing power would not be able to handle two apps at a time. That said, you can still run music in the background while working on a particular app without any hiccup. Another feature removed is that you would not find podcast subscriptions (both audio and video).

If you buy a low-end Tango phone, you will also not be able to enjoy automatic image upload to Skydrive, which will really hurt folks that take a lot of pictures (which quickly fill up the little non-expandable built in storage possessed by these phones).

The question here is – Are the manufactures really saving that much by not equipping their smart phones with 1GB or 512MB RAM. Going in for just 256MB in 2012 is just going backwards. Microsoft added multi tasking ability in the Mango update (aka, windows phone 7.1 / 7.5) and removed it from the budget phones like Nokia Lumia 610. Anyway, I just do not believe that an extra 256MB of memory would cost that much to OEMs that sell memory in bulk.

With this, I am really confirmed how many applications will not be compatible in these low end phones, considering the fact that Android phones do not suffer with this ‘silly’ problem.